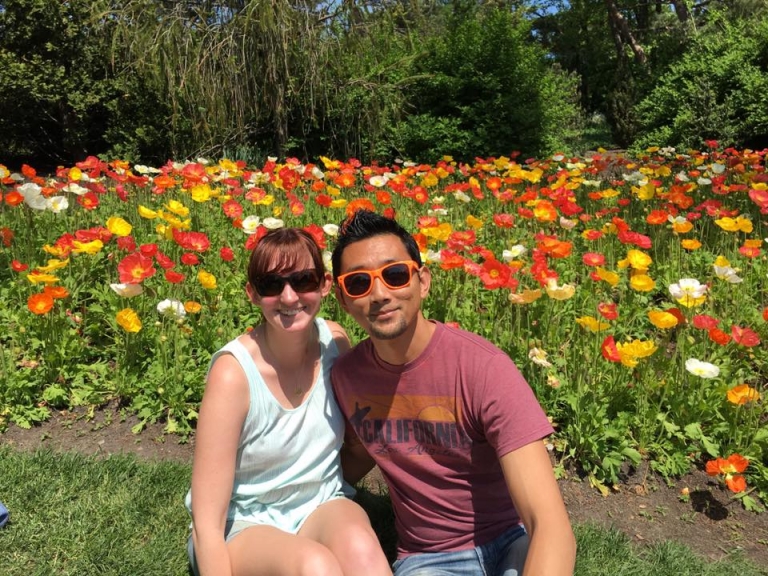 I’ve been pretty pensive lately. We’ve been planning for and working up to this RV for the last 8 months and it’s quite literally just a few weeks away now. My emotions run dichotomously: excitement, then anxiety; lust for the unknown, then fear of it; happiness for the adventure ahead, then sadness for what we’re leaving behind.

The past few weeks in Denver have hinted at Spring’s return with more sunshine, warmer weather, and crocus flowers beginning to bloom. Annabelle pointed out some yellow ones peaking out in a neighbor’s yard while we were walking to Our Willow during an unseasonably warm March 4th. She said, “I love Denver” as if to tell me, in her own way, how much she’ll miss living here. It’s a comfort to know that what we’re exchanging for the year away from this awesome city that we love is a rare opportunity to do something that not everyone in their 30s gets to, or even thinks about, doing. In fact, when we first came up with the idea of traveling the country in an RV, I had the notion that, really, only old/retired people did this sort of thing. It wasn’t for us “youths” (if I could call myself that if only by comparison).

My idea, all these years, of the kind of people who drove around the country in a giant RV were of a pair of empty-nesters, in their mid- to late-60s, one or both had worked and saved all their lives for a trip like this, and who had cashed in their 401k to help fund their retirement. Or maybe they sold their house that had served its purpose as a place to raise their children and had seen its share of grandchildren. The house now belongs to a younger couple who have just had their first or second baby and who wanted to move into a more suburban neighborhood with good schools and larger parking spaces.

I have maybe one gray hair that pops up every once in a while. I notice it, but then the next day it seems to hide back in its hiding spot or disappear altogether as if to say, “Nope! It’s not time yet. Got here a bit too early, my bad!” Annabelle isn’t even 30 yet and she’s as excited as a retiree having planned this trip for the past 30 years! No, we aren’t the face of the RV’ing generation, but maybe we’re a kind of emerging face of what’s to come. More and more, I hear of people who have given up on the “American Dream” of the big house with the white picket fence in favor of living a simpler life with, yes, a smaller home that maybe doesn’t have a fence or even a yard, but is much cheaper — the point of which is to be able to have more freedom to do the things that bring them joy (like travel) or allow them to find a job that isn’t so “high-powered” so that they can actually be home at a decent time.

I’m at a crossroad and it’s too early to see what direction I’ll go. Will I go back to swimming in the corporate pool for the “safety” that comes with a fat paycheck? Will I really love our newfound nomadic lifestyle and not want to go back to corporate rat race? Who knows. At this point, time will tell. I have a hunch, but it’s only that. I count myself one lucky SOB for being able to have this dilemma. I’m one lucky SOB because I know not everyone gets this opportunity. And more importantly, I’m on lucky SOB to have Annabelle be with me through it all.